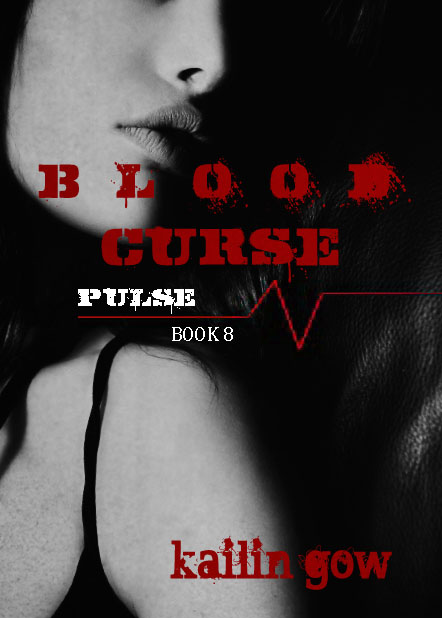 
Blurb:  Kalina's blood is a gift. Kalina's blood is a curse. After finding out the source of her Life's Blood, Kalina is convinced her blood is more of a curse than ever. Her blood has awakened the source and now real evil is about to be unleashed into the world. Kalina and the Greystones have experienced victory, but now that Octavius has gone missing, it is a race for Kalina and the Greystones to stop the greatest evil that ever walked the Earth

Is this cover not sexy as hell?!

Seriously folks!  You all know how much of a cover whore I am... but this cover just frickin' rocks.  I love the black and white and red!  It's so vivid and crisp.  I have added the entire PULSE series to my TBR ... you should too (the covers and links are all below for you)!

You know the drill - read about the books - check out the covers - add them to your TBRs - follow around the author with me!!

Kailin is also giving away some awesome shit too - so check out the rafflecopter at the bottom.

Kailin Gow is the author of over 100 books, with the majority of them for young adults. Her most popular series are: The Frost Series, PULSE Series, Desire Series, Wicked Woods, Steampunk Scarlett Novels, and more. A full-time author, she is also a producer, having worked in radio, television, and film. She grew up in Southern California, lived in Texas and England, and had traveled extensively around the world.