Review & Excerpt | Down for the Count by Christine Bell 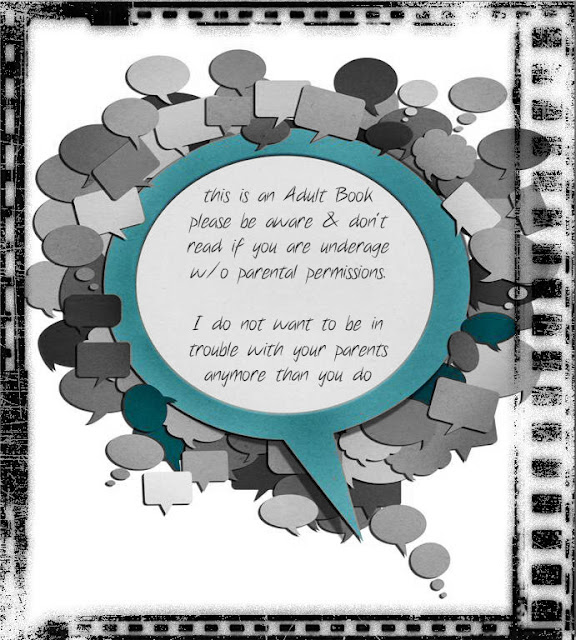 So today I have a review and an excerpt from Down for the Count by Christine Bell!

So I was totally excited to read this book.

So let's get started, shall we?! 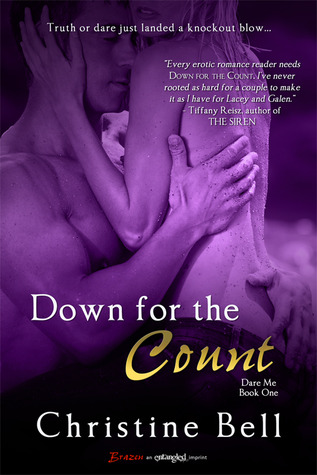 When Lacey Garrity finds her groom in flagrante delicto in the reception hall closet with her bridesmaid, she's saved by her best friend’s older brother—childhood tormentor, crush, and boxing bad boy Galen Thomas. Galen’s solution is both exciting and dangerous. What better way to forget the mess of her life than go on her honeymoon with a hot guy who can’t promise anything beyond today?

Galen had been counting on Lacey's wedding to put her out of reach—and out of his mind—once and for all, but their steamy Puerto Rican escape is testing all his boundaries. Now that Lacey’s embracing her inner bad girl, Galen is tempted to throw in the towel and claim her for himself. But with the biggest fight of his career on the line and an important business merger threatening to derail Lacey’s resolve, their romance might be down for the count before it even begins.

I received this review copy from the publisher in exchange for my honest review.

I really liked this story - you all know I'm a sucker for a my best friend's brother story... and this one did not disappoint!!

I could not believe how this story started out!  I was completely in shock!  Poor Lacey!  She handled the entire situation with so much grace and dignity!  I built so much respect for her in those moments and it lasted the entire book.

The aftermath of the wedding catastrophe Galen helps Lacey through… by doing what anyone else does… they get drunk and play truth or dare – of course!

I loved Galen from the very beginning.  He is the perfect complement to Lacey – he pushes her and lets her be herself at the same time.  He is supportive and still pushes her to be more of the person she wants to be.

I love them together – as friends and more…  The story is hot and sexy and sweet all at the same time!  It is dramatic and is full of laugh out loud moments.  This story had me from the very first scene.  It totally sucked me in and threw me around from being pissed, to squirming to laughing out loud.  It was really really good – I think all you romance readers like me will love this book.  This is yet another example of Entangled Publishing finding a great writer and a fantastic story!  I loved it!

Sunlight streamed in through the window, like red knives piercing her closed lids. Lacey rolled to her side to escape it, wincing as her knee connected with something harder than itself.“Oof. What the hell?” a low, male voice hissed. She lurched into a sitting position, regretting it instantly as pain exploded in her temples and the whole room began to spin. Clutching at her aching head, she turned to see Galen stretched out on the bed next to her.“Sorry,” he said through gritted teeth. “It’s just, when you gave me that nice little wakeup kick to the Johnson, you grazed my nuts. Makes it hard to be polite.” He sat up, sucking long breaths in through his nose and blowing them out his mouth, moving the sheet in the process. His broad shoulders came into view, and she found herself needing to do the whole breathing thing, too. Man, he was fit. His traps were thick and strong. Hard-looking, like—Oh my God. I kneed him in the wiener. And oh my frigging God, it was like stone.The gauzy white curtains across the room fluttered in the balmy breeze, inviting and coy. So unlike the curtains in the Thomas family cabin. Memories from the previous night battered around in her mind until she settled on the only one that mattered right now. They’d done it. They’d really done it. “I dare you to go on your honeymoon without him,” Galen had said last night. “I’ll even go with you to keep you company. I could use the rest. I just came off a big fight, and my organs haven’t settled back into their proper places yet. You’d be doing me a favor.”“You’re insane!” Even as tipsy as she’d been, it had taken her almost twenty minutes to talk herself into it. She’d tossed up every roadblock she could think of at first, ticking them off on her fingers as she went, ending with, “The flight’s probably sold out by now and you don’t have a ticket.”“Well, if Marty doesn’t show up, then they’ll obviously have an open seat for standbys,” he’d said, a challenging gleam in his eye.They’d gone to her apartment to pick up her bags and then went straight to the airport. By the time their flight was called a couple hours later, though, she’d been as sober as a nun and had almost backed out. Galen must have seen it coming, because he had leaned in close to whisper, “Bock. Bock.”For a long moment, she’d just gaped at him. “Seriously? You’re seriously going to make chicken noises at me? What are we, ten?”He’d just folded his arms over his chest and grinned.“Last call for all passengers on flight seventeen fifty-six to San Juan, Puerto Rico,” the ticket agent had squawked through the loudspeaker.“What’s it going to be, squirt?”Maybe it had been the bock-ing. Maybe it was that stupid nickname that he wouldn’t let die. Or maybe it was that, when she had gone through her alternatives one last time, the thought of staying home and dealing with the aftermath of the wedding just yet was too much to bear. Whatever it was, she’d gotten on that plane. And now she was on her honeymoon with Galen Thomas. Panic threw a splash of nausea into the pitching cauldron of noxious brew that was her stomach, and she groaned.  “It’s okay. It’s going to be fine.” His words and the awkward pat on her shoulder barely registered as she rolled off the bed and stood, scrabbling for the headboard when the room tilted. When she thought she could stand it, she opened her eyes, made her way over to the window, and pushed the curtain aside.“I can’t believe we’re here,” she whispered. When they’d arrived in the wee hours that morning, it had still been dark, and after having more drinks on the plane to bolster her waning courage, neither of them had been able to muster up the energy to do more than fall into the only made-up bed in the villa. She stared out at paradise for a long moment and then turned to take in the room—the wash of paint the color of ripe peaches and the sparse, cream-colored wicker furniture—as what had started out as a dare suddenly became very real.Her partner in crime scrubbed a hand over his wickedly handsome face before grinning at her. “Welcome to Puerto Rico.”Terror joined what was left of yesterday’s libations and sent her stomach lurching. She booked it to the adjacent bathroom and retched.

ok... I admit it!  I stole this bio from goodreads 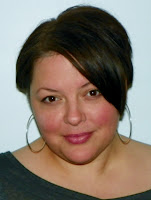 Christine Bell is a romance author and also writes erotic romance as Chloe Cole. She and her handsome hubby currently reside in Pennsylvania with a four-pack of teenage boys. If she gets time off from her duties as maid, chef, chauffeur, or therapist, she can be found reading just about anything she can get her hands on, from Young Adult novels to books on poker theory. She doesn’t like root beer, clowns or bugs (except ladybugs, on account of their cute outfits), but lurrves chocolate, going to the movies, the New York Giants and playing Texas Hold ‘Em. Writing is her passion, but if she had to pick another occupation, she would be a pirate…or, like, a ninja maybe. She loves writing steamy romance stories, but also hopes to one day publish something her dad can read without wanting to dig his eyes out with a rusty spoon. Christine loves to hear from readers, so please contact her through her website, www.christine-bell.com

Adult Christine Bell Down for the Count Excerpt Review