The Stillness of You by Julie Bale (ARC Review) 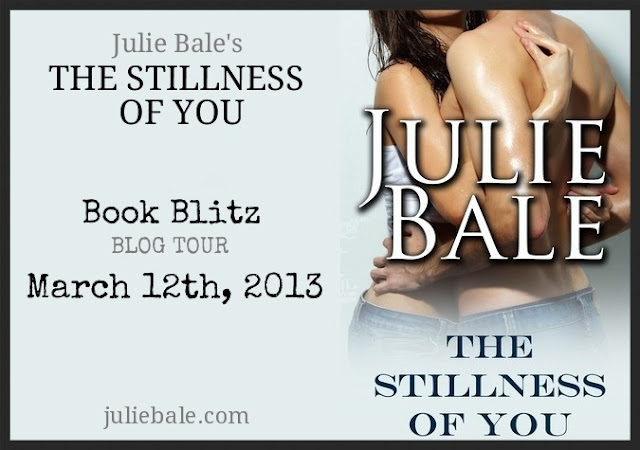 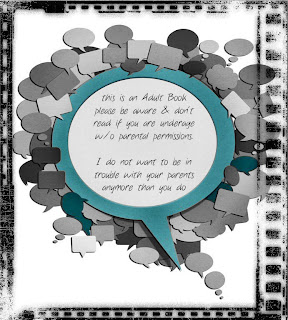 The Stillness of You 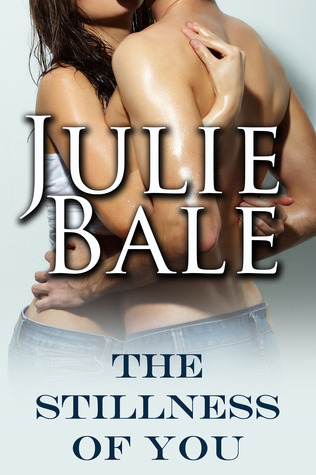 "Ben Lancaster had just tattooed himself onto my soul and the thing about tattoos? They’re painful to remove."--Georgia King.
Georgia King is trying to survive after spiraling into a darkness that nearly took her life. In therapy and with her college dreams on hold,she's trying to get healthy. Trying to still the craziness inside her. She has no room for someone like Ben Lancaster,and if he was smart he'd stay away. Because everyone knows Georgia is bad news. Everyone knows she ruins people. And if Ben isn't careful, he'll be next in line.
Ben Lancaster is a young, hot shot hockey player on his way to the top. Newly signed to the Philadelphia Flyers, he's living the dream. The girls. The money. The fame. He thought he had everything he wanted until he met her. Suddenly he wants more--he wants her. He'll do whatever it takes to get her and Ben Lancaster always gets what he wants.
But the girl who's different from anyone he's ever known is hiding secrets. And as the dog days of summer pass, only time will tell if Georgia's secrets can be healed. Or if her bruised soul is strong enough to resist Ben Lancaster...

“I didn't have to look at him to know I’d just lost everything I’d ever wanted because I felt it. I felt the loss seep into bone and tissue. I felt it settle between the cracks in my heart and the empty holes in my soul.”

This story was more than I expected.  I really expected a sexy NA story with a hot guy and a cute girl, but what I got was a lot more.  Of course Ben is amazing – looks, heart, ambition – he has it all, really he does, but he also has his head on straight.  I really liked getting to see from his perspective some of the time.  Georgia – well she’s a whole bunch of mixed up emotions and nerves, and where normally her traits but the shit out of me while reading a story, I really liked her.  I felt for her and really really wanted her to open up and let Ben in.  Alas… she didn’t and therein is our story – and a good story it is!  Georgia, or G, as her brother Matt calls her, which I love by the way, had a rough go of it and through her eyes you see her and Ben.  I love characters that don’t see themselves clearly and don’t think they deserve the love interest in the story…  I don’t know why but I really like that aspect in my stories.  This book I actually found myself rereading parts after I finished the book, not because I didn’t understand what happened but because I liked certain parts so much.  Like I said in my short – this story is sexy like you normally see in NA books, but this story has a certain raw and gritty feel.  G is truly one of the most emotionally challenged characters I’ve read and Ben is just consumed by his feelings, which was awesome!  Georgia works through her emotions like a normal person – however I did find myself screaming at her to “for the love of god… just tell him!  LET HIM IN!!” – But that’s just me and my I want everyone happy complex … … …
Without giving away everything – I have to say I absolutely LOVE that Georgia decides that she needs to take care of herself and is brave enough to put it all out there and walk away if necessary.  I love love love how this part of the series ends.  I will most definitely be keeping an eye on the next book for a description, a teaser, anything to see who it is about and what to expect!
I say go check this book out because it is damn good …

“Do you feel this?” he whispered hoarsely.  “You have to feel this. It can’t just be me.  There’s no fucking way it can just be me.”
My mouth was open but nothing came out.  I felt all of it. Every. Single. Bit of it.
And then his hand slid behind my neck, cradling me just above my shoulders, his long fingers moving over my body with a hunger and an urgency that I matched. I might have moaned, in fact, I’m sure I did because his eyes widened, and his lips parted.
I felt…I felt crazy but without the crazy.
It was the anticipation.  It was all the moments and seconds and minutes that had passed between us over the last few days.  It was that first time I’d glanced over my shoulder and spied him in Matt’s loft.  It was his breath at my cheek the night before.  It was want.
It was all of that and so much more.
“I feel you,” I whispered.
And then his hot, demanding mouth was on mine, and that so much more, became suddenly clear.
It was everything.

Julie Bale fell in love with book boyfriends when she was twelve.  She decided that when she was a grownup she would write her own book boyfriends. So that’s what she does.  When Julie isn’t writing she’s busy looking after a family that includes a couple of kids, her husband and a dog who is prettier than some people she knows, and a cat who thinks he’s human. She loves The Walking Dead, Pretty Little Liars, The Foo Fighters, Vampire Diaries, The Fray, and The Gilmore Girls. And when she has time, she loves to kick back and read yummy romances with hot guys and girls who are cool enough to hang out with.

up for grabs:  one digital copy of THE STILLNESS OF YOU

Be sure to stop by these amazing blogs and check out what they have going on! 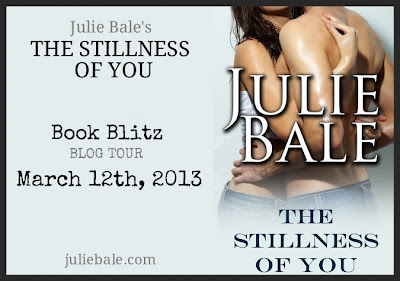