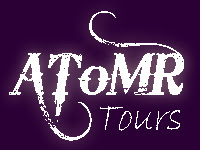 
OFF LIMITS
by Sawyer Bennett 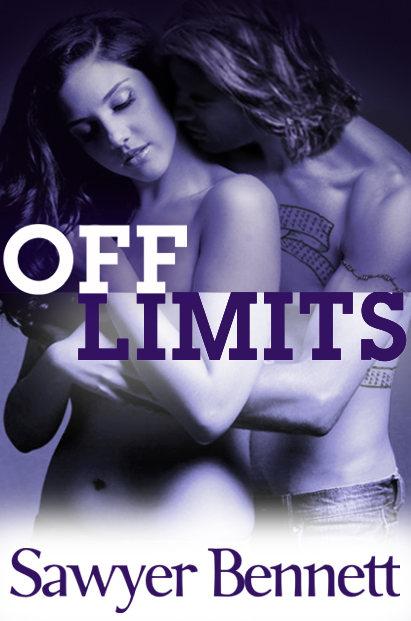 “There is a vulnerability there, hovering just below the surface. And I want to pick at it until I expose it. Then I want to kiss it."


Two years ago, Emily Burnham, had an epiphany about the shallowness of her life.  And she made it her mission to become a different person…a better woman.  Out from under the controlling thumb of her mother, Emily is tasting the real world for the first time.  And she likes it.
Nixon Caldwell has served his time in the Marine Corps, surviving two brutal tours in Afghanistan. He is back home, surrounded by what he likes best…isolation.  It's certainly the easiest way to avoid confrontation of the consuming guilt that is weighing him down.
When an accident brings Emily and Nix together, he soon learns he is not the master of his own fate. Struggling with his own pain, Nix tries to guard himself against Emily’s charms.  He wants her in his bed, but he doesn’t want her in his heart.
Having grabbed life by the horns, Emily wants it all.  But is she willing to accept just the small part of himself that Nix is offering?  Can she reach the part of his soul that he has deemed to be Off Limits?

This book is the follow up novel to Off Sides by Sawyer Bennett. However, Off Sides can be read as a stand-alone.


"This can't happen, Emily."
The disbelief on her face pours through into her voice. "Why?"
Why indeed?
All of those reasons that were sparking through my brain are lost. I know I had sound logic not just ten seconds ago, but I can't grasp it right now.
"Because...we're not...compatible."
She stuns me when she laughs, genuine delight showing in her eyes. "Oh, we're compatible. Your working parts and mine were in perfect alignment just a few seconds ago."
Damn, that is hot!
She's clearly saying that wasn't just a kiss. She's saying she was imagining those multiple orgasms just the way I was. I almost lunge at her to pull her back in my arms, but I have a shocking moment of clarity.
I shake my head at her. "Our parts are definitely compatible, Em. But that's all it would be. It would never be anything but a fuck."
I expect those words to hurt her...to enrage her...to make her realize that Nix Caldwell is the world's biggest asshole. I hope those words cause her to go running from my house in tears.
Instead, she says, "So?" 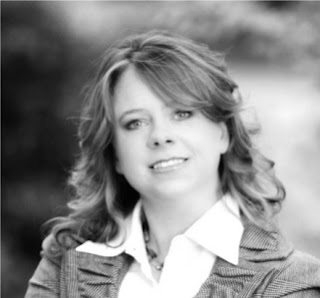 Sawyer Bennett is the pen name for a snarky southern woman and reformed trial lawyer who decided to finally start putting on paper all of the stories that were floating in her head. She is married to a mobster (well, a market researcher) and they have two big, furry dogs who hog the bed. Sawyer would like to report she doesn't have many weaknesses but can be bribed with a nominal amount of milk chocolate.

You have to check out this book - you know I have already bought my copy :)  Here is the link, xo! 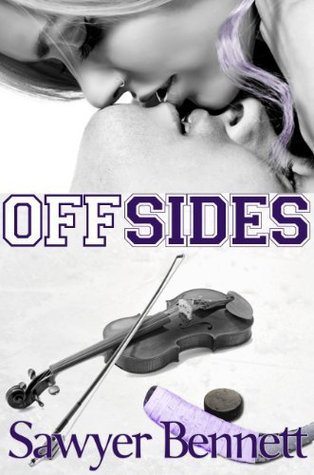 “I'm not sure what possessed me to do it. Maybe it was the impossible expectations I faced, maybe it was my own self-loathing. But I just knew I needed something different to happen. I needed someone...something...to derail me from my current path. Otherwise, I would become lost...a hollowed out shell of a man. So I did it. I approached her, then I pursued her, then I made her mine. And my life was saved...”

Ryan Burnham is the privileged son of a U.S. Congressman and captain of his university’s hockey team. While he is on the verge of fulfilling his dreams to play in the NHL, his parents want him on a different course. One he is expected to accept for the sake of his family’s public image.

Forced her to abandon her music career after the heart breaking death of her parents, Danny Cross exists on the opposite side of the tracks from Ryan. She is struggling to make her own way, working two jobs, attending college part time and volunteering in a homeless shelter. She is on a mission to build her own success.

With a chance meeting, their vastly different worlds collide, causing each to evaluate whether they are truly on the correct path to self-fulfillment and happiness. Can their relationship survive? Particularly when others are against them every step of the way. A lot can happen in just ten short days...