Macy Trent was a chubby girl but that didn't mean she obeyed anybody's rules but her own. That is, until her drop-dead gorgeous boss blackmailed her into submitting to his will. She agrees to spend the weekend with Logan and obey his every command.
Twenty four hours later…Oh my God what have I done?
That’s Macy first thought upon waking and finding herself in Logan Quinn’s bed. As memories of the night before – and her wanton behavior – come flooding back, Macy realizes last night wasn’t her biggest regret, it was falling in love with her drop dead gorgeous boss.
Logan’s curvy assistant is sarcastic, willful, and deliberately disobedient and he’s had enough of her attitude. He knows the only way to get her out of his system is to make her submit. He also knows being a Dom is all about maintaining control. So why does his curvy secretary make him want to break his every rule?
Come join Logan and Macy on their incredibly erotic journey and find out what happens when a good little submissive makes her dominant lose control… 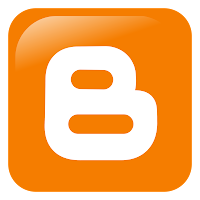 “Again, Macy, why are you being punished?”
Macy was sitting on the end of the bed like a good submissive when Logan entered the bedroom almost an hour later. Luckily he hadn’t finished sooner. She’d taken a quick shower before donning one of his dress shirts and even answered a text from her sister.
“Because I put two sugars in your coffee instead of three.”
“Did you do that deliberately, Miss Trent? You have made coffee for me almost every day since you’ve been in my employ. And you have put one cube of sugar in my coffee each time. Why forget today?”
He stood there, watching her, his eyes flashing with fire. She didn’t know if it was anger or desire. She hoped it was desire.
“Do you know why I think you forgot, Miss Trent?”
She shook her head, unable to speak.
“I think you want to be punished. You want to feel the heat of my hand on your backside. You want to see how much you can tolerate before using your safe word, don’t you, Macy?”
He stepped back and pulled the t-shirt over his head. Next he hooked his thumbs under the waistband of his pajamas and let them slide to the floor. He wore no socks or shoes. Or underwear.
He walked over to the sitting area and placed one of the high-backed chairs in front of the mirrored closets. Taking a seat he motioned her over. “Come, stand in front of me the way you did last night.”
Macy complied, stepping in front of the chair with her back to him. She could feel her blood thrumming through her body. Even though she couldn’t comprehend the satisfaction to be had from spanking—yet—she was excited. Aroused at the thought of having Logan’s hands on her again.
Would she ever get enough of this man?
He reached out, his hands going under the tail of her shirt to trace the shape of her ass. His hands were warm, his touch firm as he stroked her soft flesh, making her tremble.
“Do you like that, Macy?”
Her breathing hitched. His touch was like a narcotic. One simple stroke and she’d do anything to have more. “Yes.”
“Unbutton my shirt.”
As soon as she’d undone the last button, he was tugging her down across his lap, her torso resting on the large curved arm of the chair. The fingers of one hand threaded through her hair, pulling the errant strands away from her face. Suddenly, she could see them in the mirror. He was watching her. Gauging her reaction.
“I want you to watch me spank you, Miss Trent,” he murmured. This was it. The thought both frightened and aroused her.
Macy watched his face, the brooding, hungry look—like a starving man offered a feast, yet afraid it was going to be snatched away before he got a taste. Fascinated by his expression as he stared raptly at her plump cheeks, she missed the rise of his hand.