Excerpt ~ All She Wants for Christmas by Sara V. Olds

All She Wants for Christmas 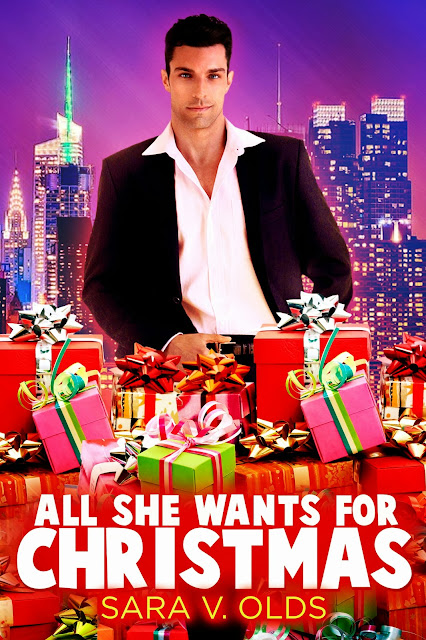 George Clauson is Santa's daughter, but she can't stand Christmas. All that ho-ho-hoing, caroling and people's greedy wants? No, thank you. She's left the family business and struck off on her own in the human world finding her niche as a humble second-grade teacher.
Ebenezer Herod is a descendent of King Herod. His family has never stopped trying to destroy Christmas. This year they may actually get their wish, but not if Ben can help it.

George wants nothing to do with restoring balance to the Christmas season, and she certainly isn't interested in the shockingly handsome and devilishly rich Ben. A determined do-gooder, Ben's used to saving the day, but he can't rescue Christmas alone. Can George and Ben find a way to work together despite their opposing heritages to make the Season bright? 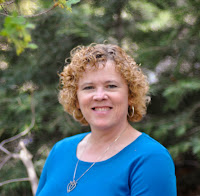 Sara V. Olds has been telling stories for as long as she can remember. One of her favorite memories is of unfolding a tale for friends while they were all bundled in sleeping bags watching a comet shower in the Uintah Mountains.
Mother of three: Large, Medium and Small, she welcomes her newest role, that of mother-in-law.
Life has taken her from thither to yon and back again—she's moved 22 times during her marriage. She breathes to travel. Longs to fulfill a lifelong dream of owning a horse. Is an addictive reader. Enjoys swimming, skiing, violin and movies. Wonders if she'll ever get to SCUBA dive again. And has found a calling that fulfills her in ways she never could have imagined—teaching history to—wait for it—8th Graders.

Her stories consume her. There's nothing she'd rather do than spend all day, all night and the next day conversing with her latest set of characters. History, adventure, action, romance, humor. Adults, YA and kids. Yep, she does it all. Looking for something to enjoy on a quiet rainy afternoon? Or wanting a pulse-pounding, stay up all night turning pages adventure? Or a you've-GOT-to-be-kidding romp? You'll find them in her pages.

Ben stepped away at George’s comment, “I like to think they do.” Why did he hate thinking that she had children? That she was possibly married? His sudden frustration didn’t make sense.
His heart had stopped when she’d pushed back her hood and he could see her fine-boned face and her funny upturned nose. Not to mention her neck, which had looked so inviting. Ben had exercised a surprising amount of self-control not to take her in his arms right there on the sidewalk and investigate every exposed curve.
More importantly, her gift of those tickets touched him so profoundly that he’d blatantly broken every rule he’d set for himself. He had never allowed himself to use certain—gifts—out in the open. He smiled down at the children. They had loved their presents.
He informed the usher that the foursome would be sitting in his box and together they moved to their seats.
When George slipped off her jacket, Ben felt the air gush from his lungs. Her form fitting dress left little to the imagination. He longed to run his fingers up and down the velvet to feel the nap push and give against the pressure. Then he would slide his finger along her back and find his way along her spine to those creamy shoulders.
She seemed to be unaware how desirable she was in that gown as she sat working patiently to get those two little waifs settled. A further hint of thigh appeared when she stretched to help Timmy adjust his seat. As she reached up to curl her hair behind her ear, Ben thought he was going to die with the need to touch her.
But his reaction was ridiculous. He knew nothing about her, not even her last name. Women didn’t affect him like this. The fairer sex fawned over him. He, who could see their desire practically oozing off them. Yet she seemed unaware of his—let’s see how the Trisha Barrington’s of the world call it? Oh yes, his animal magnetism. His polished good-looks and finely tuned manners, as several magazine articles had described him as one of this city’s most eligible bachelors. Not that he bought into such nonsense, but she seemed so focused on the children almost to the point of ignoring him.
In all his years, he’d never met anyone quite like her. She possessed something different, something genuine, something magical… The thought stopped short of being fully formed. Magical? Who was he to bandy around that word so casually?
George looked in his direction just as the lights dimmed and music began to fill the hall. “Thank you,” she mouthed, then turned her attention to the stage.

All She Wants for Christmas Excerpt Sara V. Olds