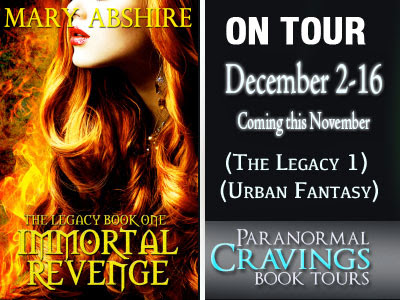 Grief stricken Katie Dillinger is on a mission to claim revenge for the death of her lover. In a race against time to find the murderer, Katie reaches out to Riker, a man listed as her boyfriend’s emergency contact. The cold-hearted man comes to Katie’s aid, but she doesn’t completely trust him. To keep her friends safe, she insists they leave town immediately. But her efforts come too late. A friend disappears and a clear message is left in the wake: surrender or more people will die.

Katie’s world is turned upside down when she discovers Riker has vowed to protect her. She’s involved in a prophecy, one which her lover had been preparing her for before his murder. All the combat training he gave her suddenly makes sense, and as Katie fights to keep her friends alive, she’s forced to prioritize. Revenge now, saving mankind next.

Mary lives in Indiana and is a lifetime lover of the paranormal, sci-fi, and fantasy. When she's not slaving away at her government job, she is a Paranormal Romance and Urban Fantasy Author. She creates fantastical worlds with vampires, demons, werewolves, and other supernatural creatures. Dive into her books and find action, a dash of mystery, and seductive men with passionate hearts.

Ravenous flames devoured the headless body pinned to the makeshift cross in the front yard. Katie stared, frozen in shock as she sat in her car. Chills shot down her spine. Her gut instinct told her the body burning was her boyfriend, her lover for the last nine years.
Smoke drifted into the car from the vents. One breath triggered bile to rise in her throat. She shoved the door open and bent. Her dinner came out in a mad gush, flying onto the driveway. Tears streamed down her cheeks while her stomach muscles tightened. More of the disgusting fluid rocketed up to her mouth. Pain and heartache overwhelmed her mind, body and soul. He was gone. Forever. He’d said the word countless times over the years. The meaning of the word never hit home, until now.
Sirens screamed through the night, moving closer by the second. The irritating sound intensified the deep throb in her head. She vomited again, unable to control the spasms. Through the thick smoke, she smelled gasoline. Oh God, they’d poured it on him to make sure he couldn’t survive. As if decapitation wasn’t enough.
Bright lights flashed in the darkness as they headed toward her. She’d stopped in the middle of the long driveway, not far from the burning cross holding her lover. Two police cruisers rushed from the road and came to a stop behind her car. Large fire engines blaring their horns passed them and her vehicle. They drove by so fast her vehicle swayed slightly.
“Katie?” Officer Hildebrand asked. She recognized his voice from having served him drinks at the bar every Friday night when he was off duty. “Katie, are you all right?”
She wiped her mouth with the back of her hand as she watched him jog toward her. He passed her and stopped a few feet in front of her car.
“Holy mother of…” He directed his gaze to the burning cross. “Is that a body?”
Another violent spasm hit her stomach. Teeth clenched and lips tight together, she held the urge to barf again, but she couldn’t stop the flood of tears pouring from her eyes.
“Ben, would you stop looking at it and help her out,” Officer Charles Donahue said, walking toward them. His deep smoker’s voice identified him anywhere.
“Katie!” Officer Hildebrand blurted out as if he’d forgotten about her. He rushed toward her and stopped short where her dinner lay on the ground. “Are you all right? Did someone hurt you?”
Unable to speak, she shook her head. Grief stabbed her in the heart. Why? How? Who? Something such as this shouldn’t have happened.
Officer Donahue stopped a few feet to the side of her door and took off his hat. His white hair gleamed thanks to the bright flames. He stared at the sight on the front yard. “My God.”
Officer Ben reached across the circle of puke and placed his hand on her shoulder. “Are you injured? Do you need medical attention?”
She shook her head again as more tears ran from her eyes. Gone. Kyle was gone. How could this happen? The question repeated in her mind.
“Ben, why don’t you drive her back to the station?” Officer Charles said. “I’ll take her car and meet you back there in a few minutes.” He placed his hat back on his head and straightened it.
“Katie, would you like to come with me?” Ben asked softly, as if he were a parent speaking to a young child.
Katie straightened her tense body. From the gap between the car door and the front windshield, she stared at Kyle’s farmhouse. Large flames leaped toward the sky and consumed the structure. Firemen carrying long hoses ran toward her home, but kept a distance. Clearly they couldn’t save it. God, so many memories. So much passionate love shared. So much laughter and happiness occurred within the walls.
“Come on,” Ben said, wrapping his fingers around her arm.
She grabbed her purse sitting in the passenger seat. Leaving the keys in the ignition and the car running, she slowly rose and avoided the disgusting mess on the ground.
Ben kept his hand on her arm while he escorted her toward his vehicle. She walked with her head up and as much poise as she could gather, but her heart ached fiercely. More tears escaped her eyes. Everything she owned and ever cared about was gone. She had nowhere to go.
Ben helped her into the passenger side of the police cruiser, opening the door and closing it once she was situated inside. Katie’s lip quivered as she stared ahead at the bright flames devouring the home she’d known for the last eight years and the one man on earth she’d loved. He was invincible, a fighter to the end. He was strong, smart, experienced, a teacher and lover at heart. He was also immortal. 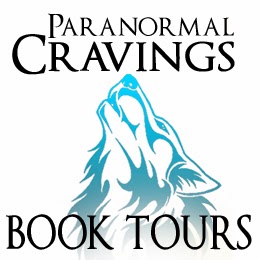