Burn for Me by Lauren Blakely 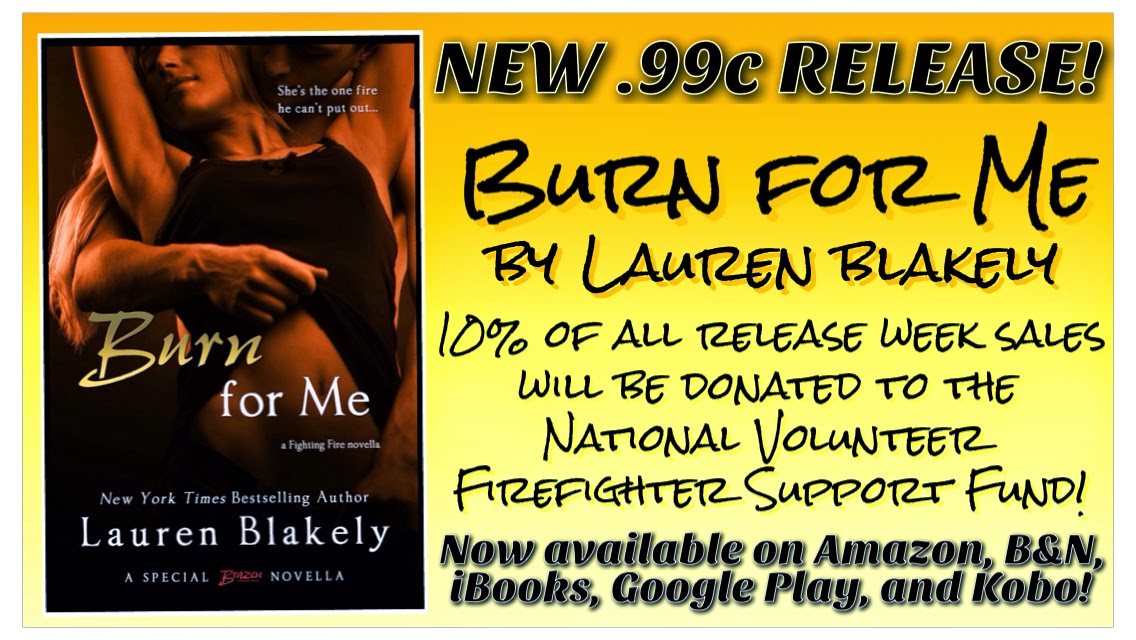 She’s the one fire he can’t put out…

Jamie Lansing has had it bad for firefighter Smith Grayson for as long
as they’ve been friends. Yes, he’s ridiculously charming and she might
stare a little too long at his abs, but his dirty-talking,
rough-around-the-edges ways aren’t for her. Plus, she knows that as a
serial dater, Smith isn’t the type to settle down. But then a
terrible, fantastic, mind-blowing mistake leaves her body craving more
than one night.

Smith Grayson has only ever had eyes for one woman in town—his best
friend Jamie. But convincing her a relationship between them will work
is next to impossible with her refusing to see beyond his past. But
when she asks for a week of no-strings-attached sex to get him out of
her system, Smith knows this is his one chance to prove he’s not just
the man she needs in her bed, but the man she needs in her life.

Burn For Me by Lauren Blakely is the first in a sexy firefighters series and is only 99 cents!


Lauren is donating 10% of all release week sales to the National Volunteer Firefighter Support Fund.