#RDL ~ Dirty Past by Emma Hart 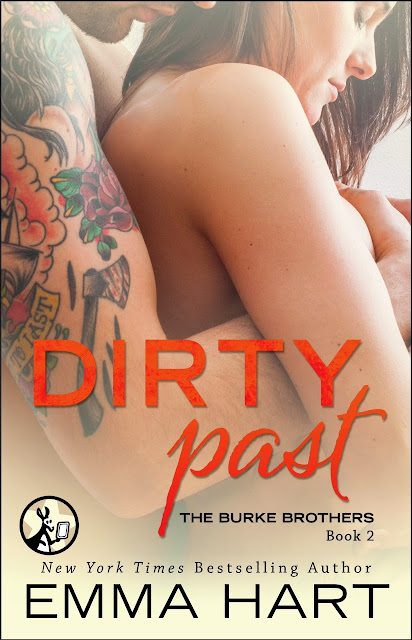 On the heels of Dirty Secret, here is a sizzling hot romance featuring another Burke brother and the girl he can’t resist, from the New York Times bestselling author of the
Game series.

Walking out on my wedding wasn’t my best idea.

Neither was throwing my cell in the lake and taking a job as PA for Dirty B, America’s favorite rock band, complete with every teen girl’s dream man, the eldest of
the Burke brothers.

Tate Burke is pure sex. Women actually throw their panties at him during shows. And Ella Dawson is the lucky little thing that gets to escort their fangirling butts out
when he’s done with them.

He’s a cocky
son of a bitch, but there’s more to him than meets the eye. Every now and then
Ella gets a rare glimpse of the Tate behind the “bad boy” act, and it attracts her in the most annoying way. The most annoying, heart-thumping, panty-wetting
way.

When her abusive ex turns up at the hotel room Ella and Tate are sharing, raging mad, she knows she’ll need more than just a little protection. Tate sees red, and Ella can’t help but lean on him, despite his bad-boy ways.

And now?
Now, he’s in a whole lot of trouble.

“Do you know anything about personal space?” Breathlessly, the words fall from my lips.
“Yes,” he murmurs, stepping into me. “I know that I fuckin’ love it when you’re in mine.”
“I mean other people’s.”
He slides his hand from my chin to the back of my head, twining his fingers into the hair at the base of my skull, and rests his other hand on my waist. “I respect personal space,” he whispers, every breath fluttering over my lips, making them red hot. “But yours looks empty, darlin’. It needs filling.”
“And you’re the perfect guy for the job, right?”
His lips crushing against mine answer my question. Tate pushes us back and I gasp as my back hits the wall. I grasp his shirt as if it’ll ground me, but I’m consumed by his tongue flicking against mine. He asks no permission. He’s not gentle. He’s rough and demanding.
His lips are harsh and desperate, his fingertips digging into me in a way that stings so bad it’s almost sweet, and his hard body against mine almost suffocates me, but that’s because I can feel all of him, from his tensed pecs to his hardened cock.
He’s against me, fully, entirely, every dip and bump of his body evident despite the clothing between us. And as his teeth graze across my bottom lip in a tantalizingly teasing way that makes me moan quietly into his mouth, I want that clothing gone.
I dip my hands beneath his shirt and trail them up his back. His grip gets tighter, his kiss gets firmer. His movements are almost possessive, but not in a bad way. They’re not selfish or careless. Every twitch of his fingers brings me pleasure. Every swipe of his tongue turns me on, too.
And I am. Turned on. I am turned. The. Hell. On. My breasts are aching, my nipples pebbling, and my clit is aching in a way I thought it forgot long ago. But it hasn’t, it remembers, and my muscles remember, and my pussy is clenching, my fingers are gripping, my lips are moving. His hands are caressing, his tongue is battling, his erection is growing.
There’s us—no doubts, no what ifs, no maybes. There’s the kiss and the need and the want. There’s the actions and the gasps and the tiny moans and the desperation. There’s Tate and Ella, the two that don’t make sense, the two that shouldn’t do this, but do anyway, on both accounts. 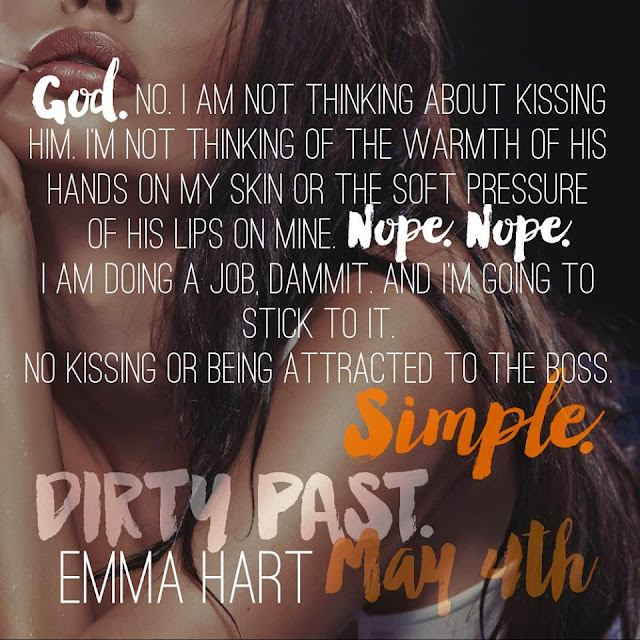 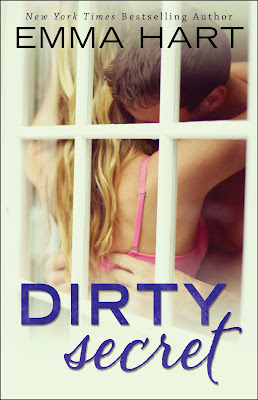 Where she’s been for the last two and half years is a
mystery, and so is the reason she left in the first place. Now, though, she’s back in their hometown of Shelton Bay, South Carolina, at the same time Conner’s band Dirty B is home on a tour break.

Sofie Callahan has spent the months since her father’s death avoiding anything to do with her home town. But with her brother in Afghanistan, she has no choice but to return and sort out her father’s house, even if it means facing the boy she fell in love with and revealing the reason she left.

Conner has questions, and when his broken heart and her
guilty one collide, Sofie has to start answering them. Their present is rocky, their future unknown. Only one thing is certain:

Sofie’s daughter will change everything. 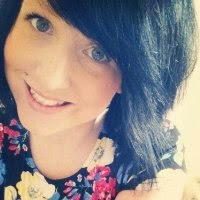 
author Emma Hart dons a cape and calls herself Super Mum to two beautiful
little monsters. By night, she drops the cape, pours a glass of whatever she
fancies - usually wine - and writes books.

Emma is working on Top Secret projects she will share with
her followers and fans at every available opportunity. Naturally, all Top
Secret projects involve a dashingly hot guy who likes to forget to wear a
shirt, a sprinkling (or several) of hold-onto-your-panties hot scenes, and a
whole lotta love.

She likes to be busy - unless busy involves doing the
dishes, but that seems to be when all the ideas come to life. 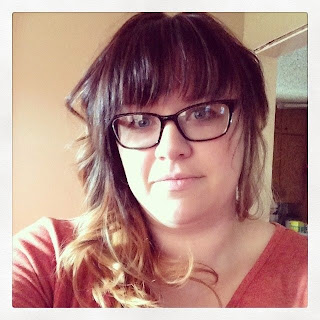