It's available right now via an early release! 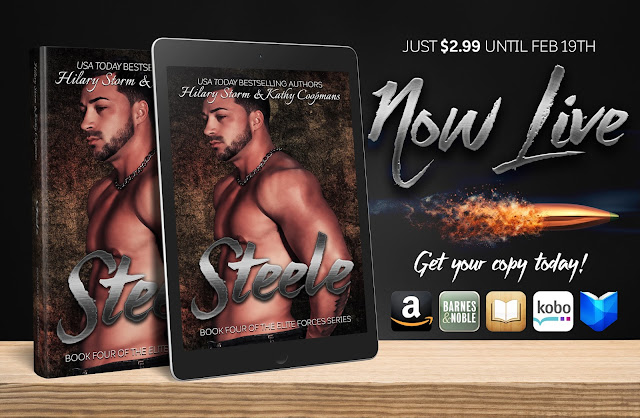 I love this series - you really need to check it out if you haven't already!  It's GREAT!  Here's the link to all of the books in the series, but remember Steele can be read as a STAND ALONE! 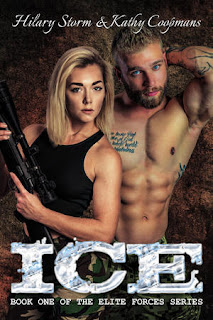 Captain Jade Elliott of the United States Army spent her entire career working her ass off to get to this point and she couldn't be more proud. She's gained notoriety through her actions as well as the respect of her team. She's one of the first women to graduate as a Ranger and has been called to serve on a secret mission. So why is she about to do something that could throw that all away?

Kaleb Maverick has been called to act as Commander for a vital mission and has done his research. He knows his team very well, in fact he hand selected them. He's retired, but still very active in the private sector, leading his personal team to countless successful missions. Now he's going back for one last mission.

What happens when his mission is to get the girl? What if she's not ready to be captured? Their chemistry is explosive and the heat is intense, but can Maverick come back with his head held high or will she be the first mission he fails? 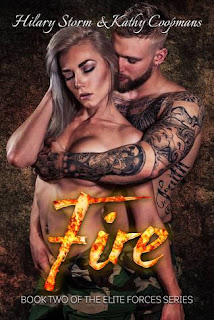 FIRE
The moment you think you have it all is when it all vanishes right before your eyes.

He had one final mission, but who knew it would go wrong? Kaleb Maverick is now fighting for his life. The life he wants to share with the woman he loves. The Fire inside him not only burns for her, it sizzles.

Jade Elliott has lost one man in her life. She's determined not to lose another. The coldness in her heart can't handle another loss like that. She refuses to let Kaleb go.

He's the Fire to her Ice. She's the Ice to his Fire. Together they cause an explosion so hot that someone is bound to get torched. 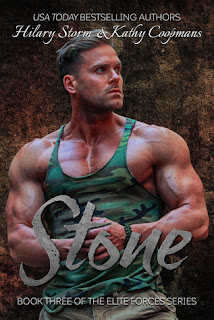 What happens to a person when they're literally brought to their knees?
Captain Beau Harris' entire world came crumbling down. His own guilt consumed him to the point he was confined to the tortures of his own mind and faced with the reality of his own fate.
Until her. The one woman he should run from. The one woman who could bring light and warmth into his dark, cold world even though he's content with the reality he's destined to suffer.
She should be forbidden, yet she’s not.
Temptation has no boundaries. It teases you until you have nowhere to hide, nowhere to run, except straight into the arms of the one person who could claim your soul.
You think you know what’s about to hit you. You have no idea.
STONE - book three in The Elite Forces Series is going to bring you to your knees. 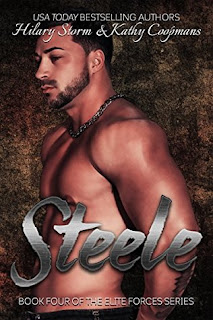 Trevor Steele is a pilot for the Elite Forces. He's strong and focused when it comes to a mission and knows his way around the cockpit better than anyone else. He's loyal to his team, but still wears the burdens of past nightmares. For that reason, he refuses to open up and allow anyone inside the complex world of his. When a specific woman comes crashing into his life, he fights to stay clear, treating her no different than every job in his past.

Grace Birch has lived her life sheltered in another country since she was a young girl. When she stumbles upon a mysterious man who catches her attention, she finds herself intrigued by his sadness. She becomes drawn to him, even when he pushes her away. She's strong-willed, quickly proving how determined she can be when it comes to getting what she wants.

Courage and love could cost someone their life. Find out in STEELE, book 4 in the USA Today bestselling Elite Forces Series. Can be read as a Standalone.